What Really Happens In Court? 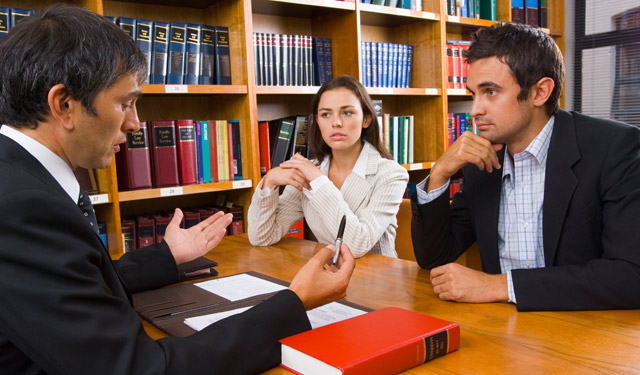 Every one of us who has watched TV or seen movies has seen the inside of a courtroom. On one side sits the jury. The witness sits in the witness box. Each lawyer sits at a desk with his or her client while there is a large area where the audience or gallery sits. Of course, the judge sits in the highest chair with gavel in hand, presiding over the proceedings.

What most family law litigants do not know is that there are many different types of court appearances, and most of them do not play out like the scenes you see on TV. For most people who have never set foot in a courtroom, the images that are most familiar are those of trials. But most family law matters do not make it to trial, and it is therefore quite likely that your courtroom appearance will be somewhat different than what you may have seen on TV.

Before we discuss the various types of family court appearances you may encounter during your separation or divorce, let us briefly discuss the differences between the various Toronto courthouses themselves.

There are two levels of family court in Toronto. The high court, known as the Ontario Superior Court of Justice, deals with all matters arising from separation or divorce including parenting time, support, division of property, and divorce. The lower court, known as the Ontario Court of Justice, deals with parenting time, access, child support, and spousal support, but not division of property or divorce. If you expect to have a dispute regarding the disposition of a house or other assets, or if you want to get divorced, your matter can only be heard in the Superior Court of Justice.

There is one Superior Court of Justice in Toronto. It is located at 361 University Avenue. Currently, there are two Ontario Courts of Justice in Toronto. One is located at 311 Jarvis Street while the other is located at 47 Sheppard Avenue East. A few years ago, there were four Ontario Courts of Justice. However, both the Etobicoke court and the Scarborough court have since amalgamated into the court at 47 Sheppard Avenue East. As the population of Toronto is most certainly not shrinking, it is certainly frustrating that the number of family courthouses in Toronto is shrinking rather than expanding; the scarcity of resources often leads to unfortunate delay.

There are several other courthouses located within driving distance of Toronto. The Brampton courthouse serves all of Peel Region, the Newmarket courthouse serves all of York Region (including Thornhill, Richmond Hill, and Woodbridge), and the Oshawa and Whitby courthouses serve all of Durham Region. If you live in Toronto and your children live elsewhere, and if you are involved in a parenting time or access dispute, you must go to court in the region where the children reside.

Each person’s case conference brief is prepared in a specific format. The parties’ lawyers exchange the briefs with each other, and also file them in court, prior to the case conference, so that the lawyers and the judge will be prepared.

A case conference brief sets out the following information:

In addition, each person will have filed a sworn financial statement listing all assets and liabilities, income tax returns, and other financial documents which may assist the judge in recommending a settlement.

During the case conference, you can expect the following:

If the parties seem willing to explore the possibility of settlement, the case conference judge will provide guidance and suggestions. The judge may encourage the parties to go outside in the hall with their lawyers and try to negotiate a settlement. Sometimes the negotiation process goes on for hours, and the parties go back and forth to speak with the judge for additional guidance throughout the day.

The case conference judge cannot make an order, other than procedural orders (for example, that one spouse produce documents). Because of this, parties are free to speak more openly during the case conference and it is hoped that they will make a sincere effort to settle.

It is possible, and not unusual, to have more than one case conference.

What is a motion?  What happens at a motion?

A motion is a hearing, or a mini-trial, where a person may ask the judge to make an interim (temporary) ruling on matters that are very important and cannot wait to be resolved by way of further negotiation or a trial. Examples of issues which may require a temporary ruling are:

If a temporary order is made following a motion, that order will generally remain in force, and establish a status quo, until a final order can be made at trial or following a settlement.

Generally, you are not allowed to make motions until you have already had a case conference. While there are exceptions to this rule, the exceptions are rare. For a judge to agree to hear a motion prior to a case conference, it must be a legal emergency, which has a very strict definition. The reason for this is that motions are by nature adversarial, and can cause lasting damage to families, and particularly children. It is therefore best to avoid a motion if there is any possibility of settling a case at the case conference stage.

In addition, motions are expensive, and the loser generally has to pay a portion of the winner’s legal costs. It can also be humiliating to lose a motion. It is far preferable for spouses to try to solve their own problems at the case conference, and to feel they have an outcome they can live with, than for one spouse to be resentful because he or she has “lost” a motion, and take this resentment out on his or her “ex”, or worse, the children. It is better for spouses not to become entrenched in conflict, and it is better for them to avoid depleting their savings on legal fees.

If a motion is absolutely necessary, this is what you can expect:

It is possible to have more than one motion in a case.

At a trial management conference, the judge attempts to narrow the issues in dispute and acquire a sense of how long the trial will take, how many witnesses each side intends to call, and other procedural matters.

It is extremely rare for a case to end up at trial. Most cases are resolved at the case conference, motion, or settlement conference stage.

Trials are extremely expensive, and most people cannot afford to have lawyers representing them at trial. The main reasons trials are so expensive are:

As well, there is a significant emotional cost to going to trial. It is a very draining experience, and the stress builds up for months beforehand.

For these reasons, most people are motivated to settle prior to going to trial. It is estimated that only 2% of family law cases ever go to trial.

If you are one of the unlucky few, speak with your lawyer about what to expect.

It is hoped that you now have a better understanding of the various types of court appearances you may encounter in Toronto courtrooms during the course of your family litigation. It is important to note that, while procedures are generally uniform across Ontario, slight regional differences may be encountered. If you are filing documents or appearing in court outside of Toronto, efforts should be made to become aware of any of these differences. Finally, it must be remembered that the foregoing is meant as a general summary only and should not be relied upon as a substitute for individualized legal advice.