Separation – How To Get Started 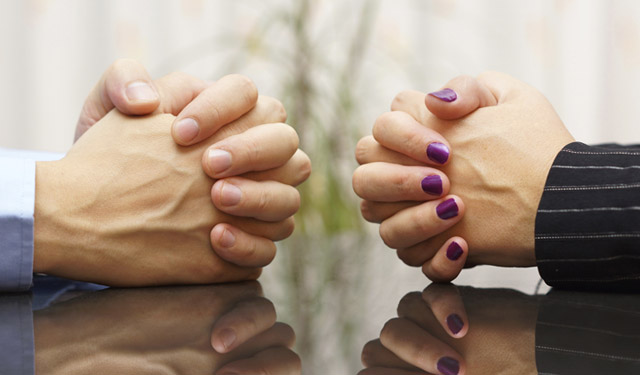 Your marriage is over and you have decided to make your separation “official”. Now what? How do you start the process? What are the first steps? Is there a right way and a wrong way to do this?

• A couple has a big fight. Maybe the worst fight that they have ever had. Suddenly
one spouse or the other declares that they are leaving. They pack their bags and walk
out the door.

• One spouse discovers that the other spouse has been having an affair. The wronged spouse orders the cheating spouse to leave.

• One spouse packs his/her bags and leaves without letting the other spouse know that they are leaving.

• A spouse has the other spouse charged with domestic assault and the police order that person to leave.

In the above situations, the end comes suddenly and both parties know that they must get legal advice as a result. But in the majority of cases, separation occurs in much more subtle ways.

How do you know if you’re “legally” separated, and why is the date of separation important?

The legal definition of “separated” is “living separate and apart with no reasonable prospect of reconciliation”. But it is not always clear what this means. Often, spouses can be living under the same roof and still be considered to be legally separated. Each case depends on the facts, and a lawyer can help you determine when the date of separation officially occurred. The reason it is so important to establish the date of separation is because that is the date as of which all assets and debts are valued for property division purposes.

In every failed marriage, one of the parties starts thinking about separation before the other one does. When a marriage is not working, plans and goals that one spouse might have are often much different that those of the other spouse. What usually happens is that one of the spouses starts thinking more in terms of him or herself and what life will be like after separation has occurred. This explains the “distance” that a spouse often feels before coming to the realization that his or her spouse is less committed to the marriage than in the past.

It is very often the case that a husband or wife is very unhappy in the marriage but does not know how to communicate this to his or her spouse. While some people are naturally good at communicating, some people keep everything inside and often keep their feelings a secret from the person who most needs to know about them. Then there are abusive marriages where there is physical violence or emotional abuse that destroys the victim’s self-confidence to the point where they are too scared to complain about how unhappy they are.

It is very often the case that when a person is unhappy in his or her marriage, years go by before he or she gets the nerve to put an end to the marriage once and for all. People often kick themselves for having waited so long to put an end to a marriage that was barely breathing for years.

What should you do if you have separated, or want to separate?

If you are already separated, if you are not sure if you are “legally” separated or not, or if you have come to the conclusion that your marriage isn’t working and that you and your family would be better off if you separated from your spouse, you should meet with a lawyer immediately. Before you can accurately plan and visualize your life post-separation, you need to know how separation will affect your family, both financially and emotionally. If you are able, when meeting with the lawyer, to give an accurate description of the family’s financial circumstances and you are able to give an accurate and honest description of the dynamics of the family relationships, an experienced lawyer should be able to paint a picture for you of what is likely to occur. While the lawyer cannot make promises of specific amounts of support one might receive or promise that you will be able to keep the house, you should be able to visualize what life will likely be like after the separation process has been completed.

In that first meeting, the lawyer should be able to explain the meaning of the following:
Parenting time
Access
Child support
Spousal support
Property division
Matrimonial home

The lawyer will explain what your rights and obligations are with respect to the above six issues.

This meeting with the lawyer is extremely important because unless you understand how the above six issues will affect you post-separation, it is impossible to put any productive thought into planning your life post-separation. For example, many people believe that if separation were to occur, their spouse will vacate the matrimonial home and they will remain in the house with the children. If, during your meeting, the lawyer tells you that it is quite likely that the matrimonial home will have to be sold, you will have to drastically adjust your plans. Or, suppose that you are planning to leave your spouse and assume that you won’t be getting parenting time of the children. Before you can think about purchasing a new condominium, you should know how much child support and spousal support you will be paying each month in order to determine whether this is an affordable option.

Once you have met with the lawyer and you are still quite certain that a separation will be happening, there are other things that need to be decided.

How will you tell your spouse?

If the two of you have discussed separation informally but without coming to any conclusions, it will not be such a shock to sit down with your spouse and tell him/her that you’ve come to a final decision and that it will be pointless to make any last-ditch attempts to save the marriage. You can tell him/her that you have been to see a lawyer and that he/she will be receiving a letter shortly.

In a situation where you have not actually broached the topic of separation with your spouse, you can expect that your spouse will be utterly devastated. His/her reaction to the news will likely be one of shock and disbelief. It is reasonable to expect that your spouse might not be able to function at his/her work duties or parenting duties in the immediate aftermath of your discussion. Be sensitive to the timing of your discussion. For example, if your wife has a big presentation to make on a Wednesday morning, do not drop the bomb of separation on a Tuesday evening. If your child has a ballet recital that afternoon, don’t broach the topic of separation that morning.

If you leave, who will pay the bills?

If you are planning to leave the matrimonial home, but your spouse and/or children are financially dependent, it is crucial that you come up with some arrangements so that bills will be paid in the interim before formal financial arrangements can be negotiated. It is not ok to leave the house on the 27th without ensuring that there is enough money in the bank to pay the mortgage on the 1st. I’ve told him that I want him to leave.

What if he won’t go?

There is no law requiring a husband or a wife to vacate the matrimonial home just because his or her spouse requests it. In most cases, the spouse for whom it is most convenient (has somewhere else to go, can afford a hotel, etc.) will leave voluntarily. But in some cases, he/she simply refuses to leave and will declare, “This is my house too. Why should I leave?”The Family Law Act addresses circumstances where one spouse’s conduct is so deplorable that a judge may order him or her to leave the home, but this is the exception rather than the rule. That is, if your spouse is merely annoying, you likely will not have sufficient grounds to have him/her kicked out of the house. Situations like these can be incredibly stressful for all concerned. Those who find themselves in this situation must be very aggressive in terms of trying to bring about a sale of the home or at least arranging for one party to buy out the other’s interest in the home. A situation where a couple has separated but remain in the house together (as in the movie, The War of the Roses) must not be allowed to continue any longer than absolutely necessary.

How does the legal process actually begin?

It is quite simple. One of the spouses simply has to ask his or her lawyer to send a letter to his or her wife orhusband which officially confirms that the marriage has ended. The letter will typically read as follows:
Dear Mr./Ms. “X”:

I represent the interests of your wife/husband.

He/she advises that your marriage has broken down permanently and there is little prospect of reconciliation.

Mr./Mrs. ___________ would like to resolve all matters arising from the separation as quickly and as amicably as possible. Please contact a lawyer who practices Family Law so that negotiations can begin shortly.

What about marriage counseling?

Most people would agree that the ideal situation is to be happily married and have one’s family remain together. Everyone would agree that children thrive in a situation where their parents are together in a strong marriage. There is a difference, however, between a healthy marriage that needs some assistance from a marriage counselor and a marriage that is on life support with one of the parties already planning a new life post-separation. Simply put, marriage counseling only has a chance to work when both parties remain committed to making the marriage a success. If only one of the parties has this goal, marriage counseling is not only a waste of time, it is somewhat cruel for the spouse who has already ended the marriage in his or her own mind, to reluctantly agree to marriage counseling in order to pacify a still-hopeful partner. I know of several examples where a cheating spouse was dragged into marriage counseling while having no intention whatsoever of dropping the new boyfriend/girlfriend.

How do we tell the children?

This is a very important issue that is often not given enough attention by separating parents. Regardless of what age the children might be, the news of parents’ separation will be earth-shattering. Unbelievably, many parents fail to grasp this reality and act as though telling their children about the impending separation is about as important as taking out the garbage. There is a right way and a wrong way to do this. Speak to a child therapist. Read a book on the subject. Your children’s world is about to be turned upside down. Handle this properly.

My next door neighbour told me not to leave the house under any circumstances.  Is this true?

Once you start to tell people that you are going through separation, you will not believe how many people will have advice for you. The problem is, most of the advice you will receive (except the advice you receive from a lawyer) will be only partially correct. Many people become very confused and extremely stressed when they try to piece together the various advice they have received from well-meaning but often ignorant friends and acquaintances. There is no substitute for expert legal advice. Many people waste countless hours needlessly worrying about a scenario that is unlikely to occur. Just because a friend has “been through it”, does not make her an expert or, in any way knowledgeable about your particular circumstances. The best advice one can give to a separating spouse is not to take advice except from their own lawyer.